Stations From the Air 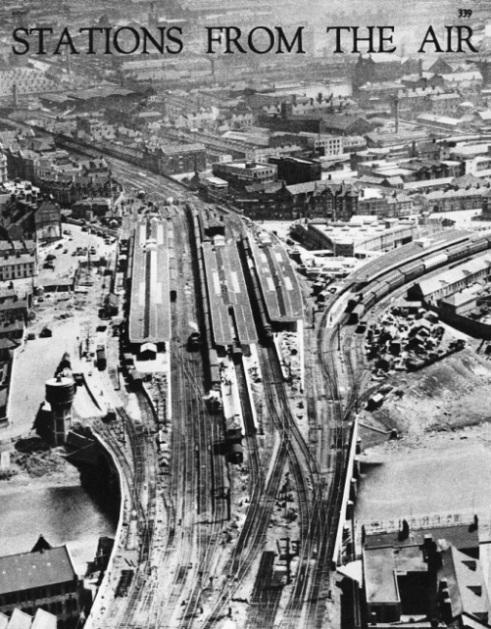 CARDIFF GENERAL STATION. This striking photograph was taken from an aeroplane as it approached the bridge over the River Taff. Cardiff is 145¼ miles from Paddington, and the fastest expresses - which complete the journey in less than two hours and three-quarters - use the first set of platforms, looking from left to right in this picture. Trains to and from Merthyr Tydfil are served by the platforms in the next section, while traffic to Penarth and Barry starts from the Riverside Junction Station, which is seen branching off to the right.

IN THE HEART OF A CITY. An aerial view showing how the railway serves densely populated areas. King’s Cross Station (on left), a London terminus of the LNER, covers 15¾ acres. This station has seventeen platforms, the longest of which measures 981 ft. Four hundred and fourteen trains enter and leave King’s Cross daily. The construction of the station was based on the design of the riding school of the late Tsar of Russia. In the centre of the photograph is the large single-arch roof of St Pancras Station, a London terminus of the LMS. Thirty thousand passengers use its seven platforms every week day. Next to the passenger station is the goods depot, with its sidings spreading fanwise. This goods depot handles over one thousand tons of freight a day. 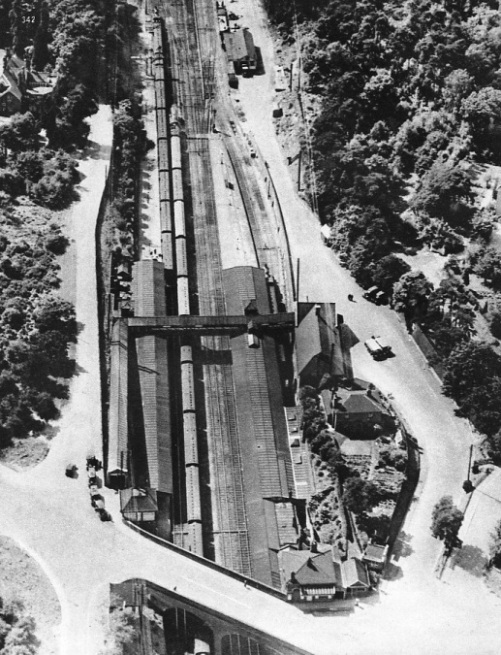 A STRIKING CONTRAST with busy city stations is afforded by this view of Weybridge Station in Surrey. It is situated on the Southern Railway’s main line from Waterloo to the South of England, and to the West via Basingstoke and Salisbury. The fast trains use the central pair of tracks. A down line express is seen passing through Weybridge, while, to the left, a local train is leaving the station.

You can read more on “Railway Architecture”, “The Romance of a Station”, and “Stations From the Air 2” in Railway Wonders of the World. 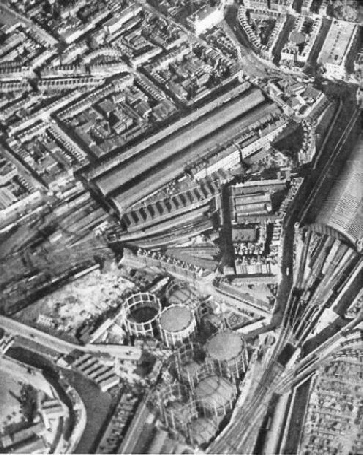 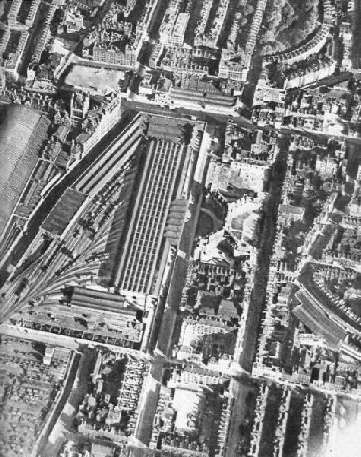