Part 28 of Railway Wonders of the World was published on Friday 9th August 1935.

This issue contained a black and white art plate illustrating a new German streamlined locomotive. The plate was attached to page 877, or the fifth page of this number. This plate had previously appeared on the cover of part 16.

Our cover this week is an unusual view over the tender of an engine steaming out of King’s Cross Station, the London & North Eastern Railway terminus which handles over four hundred trains a day. 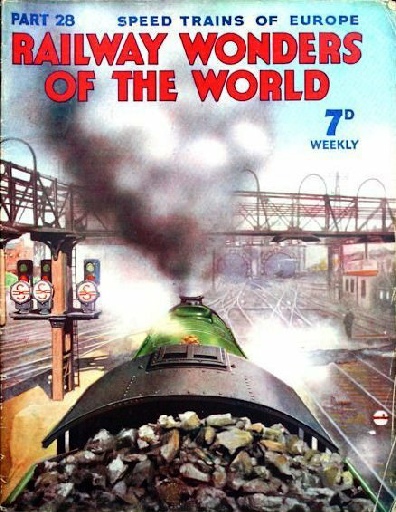 An important railway system in the heart of Africa.  This is the ninth article in the series Railways of the Empire. Concluded from part 27.

Routes and records of some prominent continental expresses. A survey of the principal Continental expresses and their routes. The Nord lines of France have always been famous for their fast schedules, and most of the fastest runs in France stand to their credit. There is, for example, the celebrated “Blue Bird”, running non-stop from Paris to Brussels, a distance of some 193 miles, at an average speed of sixty-four miles an hour. But even this speed is beaten by the schedules of the Diesel-electric rail-cars of Germany, some of which run from start to stop at over eighty miles an hour. Some of the expresses of Italy are also included in this chapter. Though most of the figures given in Railway Wonders of the World will hold good for many years to come, train times are constantly changing. The paramount sign of the life, the activity, and the progress of the railways is this increase of speed. Records are made only to be broken. The limit of speed on the railways is not yet in sight. This article is believed to be by Cecil J. Allen, as part of a short series on “Speed Trains”.

119 MILES AN HOUR was attained on a trial run by this new German streamlined locomotive, built by the Borsig locomotive works. The 4-6-4 engine has three cylinders 17½ in diameter by 26 in stroke, driving wheels of the exceptional diameter of 7 ft 6½in, a heating surface (including superheater) of 3,723 sq ft, a grate area of 50¾ sq ft, and a working pressure of 284 lb per sq in. The tender holds 9¾ tons of coal, and 8,140 gallons of water. Engine and tender weigh 209 tons in running trim.

This black and white art plate previously appeared in colour on the cover of part 16.

Further details of some miniature lines. This article describes the larger gauge railways, with particular reference to that of Mr G. P. Keen, the chairman of the Model Railway Club, who possesses one of the finest model systems in existence. The private garden line of my Consulting Editor, Mr Cecil J. Allen, will also be described in this chapter, which will give valuable advice as to the best method of constructing a garden line. This article forms a sequel to a similar one, describing HO systems, which appeared in part 20.

Early and modern guides to link the railway services. The article is concluded in part 29.

NOTABLE PLACES along the route are illustrated on the cover of the North Eastern Railway's time-table for November, 1891. Beginning with the bottom centre picture, and reading clockwise, are seen: York, Berwick. Fountains Abbey, Whitby, Barnard Castle. Hull, Knaresborough, South Shields, Edinburgh, Forth Bridge, Harrogate, Newcastle, Durham, Scarborough, Flamborough Cliff and York Minster. The price of this time-table was one penny.

(Top) A SECTION of the Moscow underground during construction. Economic reasons made it necessary for concrete to be used as much as possible, but all the escalators are housed in iron tubes. The diameter of the tunnel is about 15 ft, in comparison with the

(Middle) ONE HUNDRED FEET BENEATH THE SURFACE. A striking photograph of a small gang of workers in the Metro. Where the worst ground was encountered tunnelling proceeded under compressed air at 35 lb per square inch. A shield was used in some places to support the face of the funnel in front of a concreted length. Although many unforeseen difficulties had to be faced, the first section was completed in less than three years.

VICTORIA FALLS BRIDGE over the Zambesi River has a total length of  650 ft. This railway bridge consists of three spans, the centre one being 500 ft long. The bridge was built out simultaneously from either side of the gorge, and the girders were joined in April, 1905. The two lower photographs illustrate the opening ceremony, while the top right picture shows the bridge as it is to-day, with an express crossing the great span some 400 ft above the water.

This bridge was also illustrated in the photogravure supplement article on Wonder Bridges which appeared in part 5.

You can read more on the bridge in Wonders of World Engineering. 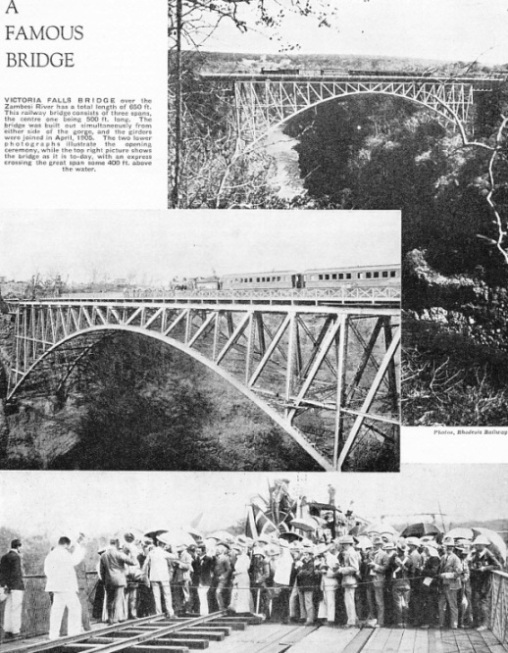 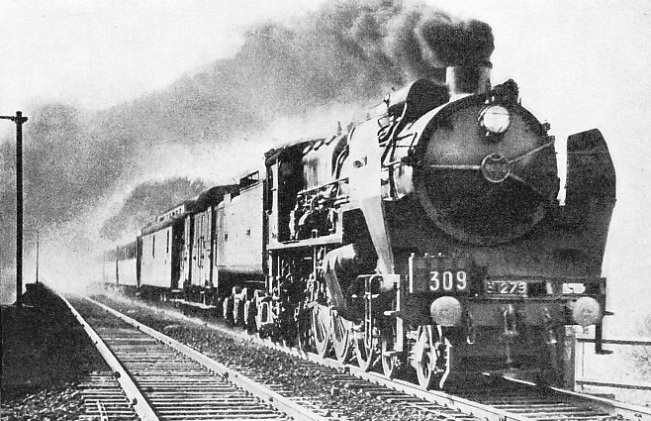 THE SUPER-PACIFIC TYPE of engine introduced from Paris to Arras and Lille on the Northern Railway of France to handle heavy trains at high speeds. The photograph shows one of these locomotives hauling an express at seventy-five miles an hour. The distance of 119.5 miles is covered by the fastest train in 116 minutes. Note the shields that serve as smoke deflectors. 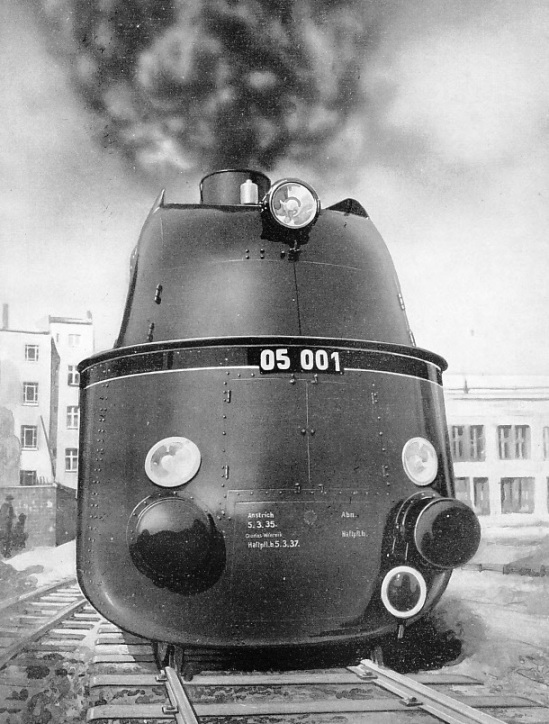 Russia’s capital solves its transport problem. The first section of this underground line was opened in May, 1935. It was built to relived severe traffic congestion. The trams alone carried over four million passengers a day, but transport was liable to sudden disorganization - a heavy fall of snow, for example, would suspend Moscow’s traffic. The Metrostroi, the authority responsible for the Metro’s construction, have planned a line thirty-two miles in length, about eight of which are now open. Because of the difficult nature of the soil, the building of the line offered far greater obstacles to the engineer than did the underground railways of either London or New York. Before construction began, the Metrostroi sought the advice of foreign experts. Lord Ashfield, now chairman of the London Passenger Transport Board, sent British experts to Moscow in 1932, who consulted with the Russian engineers and drew up a report. 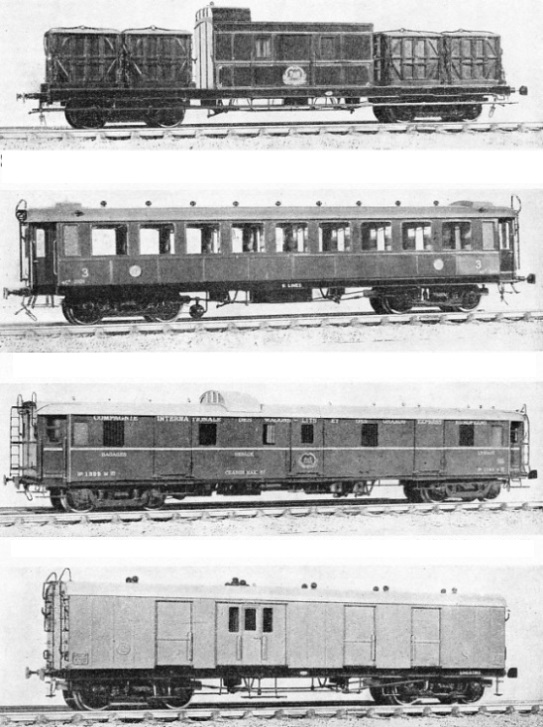 (Top) AN UNUSUAL MODEL of an International Sleeping Car Company's wagon as attached to the "Golden Arrow" express on the Northern Railway of France. The boxes contain the registered baggage from Victoria to Paris via the Southern Railway, the cross-Channel steamer, and the French Company's lines.

A MODEL RAILWAY COACH with third-class compartments. This carriage is of free-lance design but follows Continental practice.

MAIL VAN. This scale model represents the vans constructed by the PLM which are used on French trains carrying the English mails for India. Since the contents are often valuable, such vans are of a self-contained type. 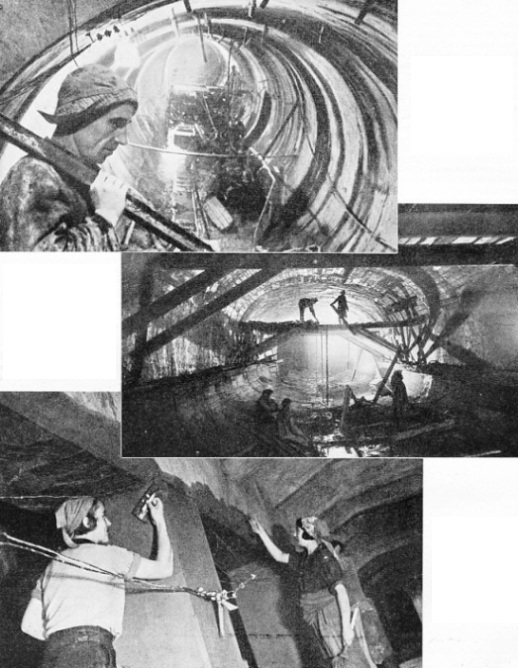 (Bottom) WOMEN AND GIRLS were employed on the construction of the Metro underground railway, and although most of them were inexperienced, the work proceeded rapidly. This photograph, taken in November 1934, shows women plastering the walls of a tunnel. 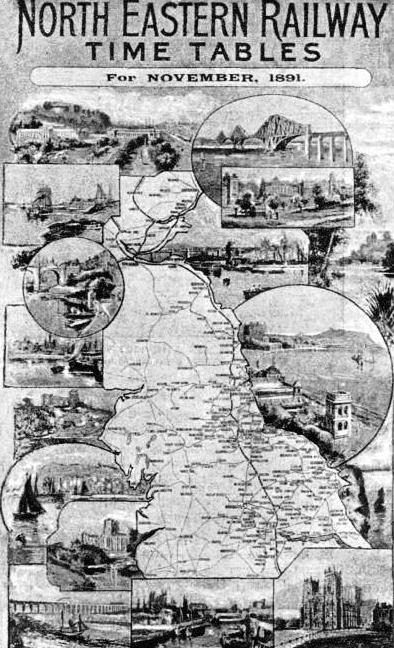