ROSSLARE, on the Wexford coast, answers to Fishguard. The two harbours were built at the same time as the terminals of the short sea route, but boats for Waterford and boats for Cork also start from Fishguard for those who prefer a longer sea passage.

All three ports are served by the same railway, the Great Southern & Western, Ireland’s chief system. This extends from Dublin to Queenstown, from Rosslare to Kenmare on the south coast, and, on the west coast, from Valentia to Collooney near Sligo Bay, which is fairly to the north-west of Dublin, though the line goes round by the south-west to get at it.

Inchicore, near Dublin, is the Great Southern & Western’s locomotive headquarters, and it has branch works at Limerick, for

when it absorbed the Waterford & Limerick, and a reduction of expenses was provided for by removing the locomotive shops from there, the Limerick people got a clause into the Act retaining their works where they were, and thereby increased the working expenses instead of diminishing them. It owns about 300 engines, and among them are some excellent examples, powerful, serviceable, and smart, that would do credit to any company anywhere. Of its 8000 vehicles about a thousand are passenger coaches, many of them, such as are used in the Killarney express, being as good as those of the great lines in England, and none of them so bad as some of our survivals. Its carriages, like its engines and the miles of its track, number more than a third of the Irish total.

A GUARD OF THE GREAT SOUTHERN & WESTERN RAILWAY

There are in Ireland about 3100 miles of railway, and of these the Great Southern & Western owns over 1100, the Great Northern and the Midland Great Western coming next with 1080 between them in almost equal shares. The English companies are beginning to take more interest in Irish matters in a practical way; not only have the Great Western gone to Rosslare, but the London & North Western have been the owners of the Dundalk & Greenore since 1873, and the Midland have an Irish section farther north.

The oldest railway in Ireland is the Dublin & Kingstown, authorised in 1831, now forming part of the Dublin & South Eastern, which also includes the once atmospheric Kingstown & Dalkey that led Brunel astray with regard to the South Devon. The Great Southern & Western was authorised as a line from Dublin to Cashel in 1844, and has grown by many amalgamations, for all Irish railways began in a small way and have had to struggle for their existence. They have to depend on passengers more than on merchandise, and the whole of them together do not carry so many passengers as the London, Tilbury & Southend, nor so many goods and minerals as the South Eastern & Chatham.

The gauge battle was just the sort of thing in which Irishmen would revel, and they chose their gauges to please themselves. The Ulster, for instance, completed twenty-five miles of the road from Belfast to Dublin on a gauge of 6 ft. 2-in, while the Drogheda, which set out from Dublin to meet the Ulster, adopted 5 ft. 2-in. When this was complained of by the Ulster company, the Irish Board of Works replied that though it looked a bit awkward, yet, as there was little chance of the intervening part being finished, it really did not matter. This airy sort of thing, however, was not quite good enough for the Ulstermen, who appealed to higher powers, with the result that Sir Charles Pasley, the Inspector-General of Railways, was requested to look into the matter of these Irish gauges. That ingenious engineer, after trying persuasion in vain, solved the difficulty arithmetically by adding up the width of gauge adopted by every Irish company, dividing the total by the number of companies, and thereby obtaining an average of 5 ft. 3-in, which thus became the Irish national gauge. Being national, it was, of course, not generally adopted, and so we have at present eleven lines of 5 ft. 3-in, and five - the Ballycastle, the Cork, Blackrock & Passage, the Londonderry & Lough Swilly, the Londonderry & Strabane, and the Ballymena & Larne - each of 3 ft, and the Listowel & Ballybunion with its mono rail without any gauge at all. 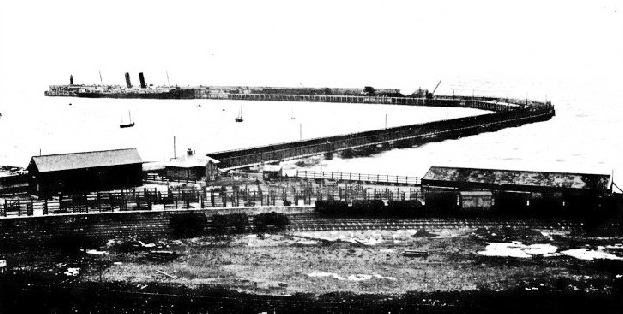 The Great Southern & Western ranges over the whole of the south country. It will take you to Waterford the historic and thriving; to Cork, the southern capital; to Kilkenny the ancient with its noble castle; to Killarney the beautiful in all weathers; to Valentia where the Atlantic cables go from; to Fenit on Tralee Bay; and to Limerick on the Shannon shore, the principal seaport of the west. Through Clare and Galway, Mayo and Sligo it goes, and it will run you up to Maryborough and Portarlington—and thence west to Athlone and Banagher and east to Dublin where it began.

Altogether it has some two dozen terminal stations, of which ten are on the coast; and wherever it goes the scenery is delightful, though it may not be desirable to contemplate it so hurriedly as is done by those who avail themselves of that wonderful excursion, run in connection with the Great Western, from Paddington to Killarney and back for a sovereign. Not only are there the lakes and hills around Muckross, there are Glengariff, the estuary of the Blackwater and that of the Shannon, Bantry Bay, the cliffs of Kerry and Clare, and the wilds of Connemara, all of which have their special admirers. Really there is no scenery, coast, river, lake, or mountain, finer than there is in Ireland. 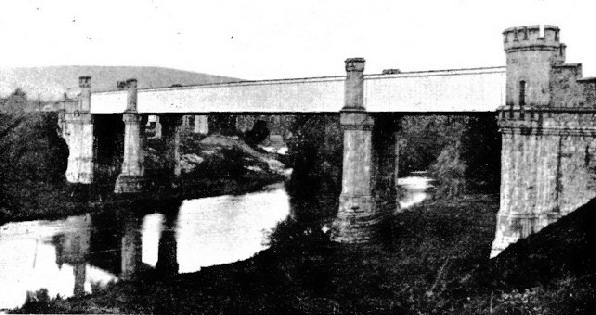 VIADUCT OVER THE RIVER SUIR, BETWEEN LIMERICK AND WATERFORD

Waterford, Cork, and Limerick are the commercial centres from which the Great Southern derives its revenue, all of them busy with farm and dairy produce and little else, for there is no ordinary merchandise worth mentioning. This absence of manufactures and of the necessity of men living away from their work is shown by the fewness of the season tickets; where there are no offices there are no seasons. There are more than six times as many seasons held in England as in Scotland, and more than nine times as many in Scotland as in Ireland. The Great Southern has but a few over a thousand ticket-holders, and comes fifth on the list, there being only 10,000 seasons in the whole country. Of these 8000 are in the north, the largest season line being the Belfast & County Down with about 2500, including workmen’s weekly tickets. The railway returns record that one line boasts of only eight seasons, all third class, while another has three, two of which are thirds and the other first. To evade payment of fare by saying “Season” on a line like this is evidently impossible, though the story goes that it was once tried by a tourist in a first-class carriage, to the amazement of the one ticket-holder who was riding with him, and the delight of the collector who instantly pounced on his man.

THE MAIL TENDER AT QUEENSTOWN

You can read more on “The Fishguard Boat Express”, “Ireland’s Railway Systems” and “Railway Curiosities” on this website.