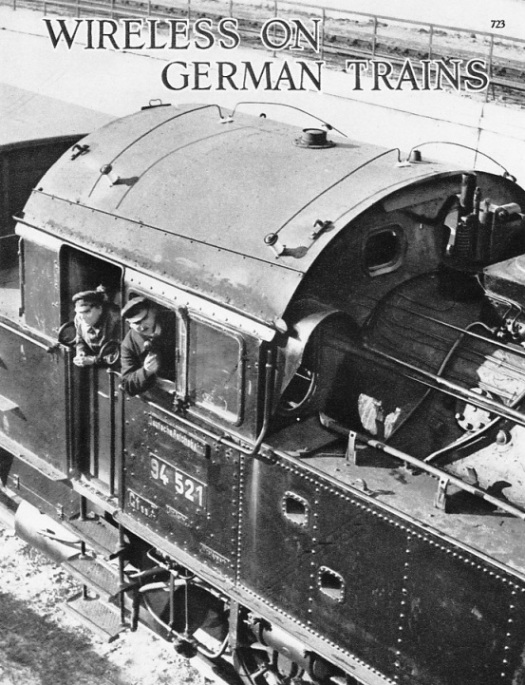 SHORT-WAVE TRANSMITTING AND RECEIVING APPARATUS has been fitted to many locomotives in Germany. This development is of great importance at shunting yards, when continuous communication between driver and the man in charge of the shunting operations is necessary. The adoption of wireless for this purpose saves time and guarantees a greater measure of safety. In this illustration the transmitting and receiving aerials can be seen on the cab of the locomotive.

A LOUDSPEAKER in the control cabin of the shunting works is shown in the top left picture. The controller is listening to a conversation between the shunting operator and the engine driver. In the photograph below, the driver, with a microphone in his hand, is speaking to the control cabin. Transmission between the engine and the cabin is usually perfectly clear despite any local electrical disturbances. The first shunting locomotive of the German State railways to be fitted with a transmitting and receiving station was the engine shown in the centre illustration, operating in the yards at Wustermark, a railway junction near Berlin. The photograph top right shows the wireless masts and aerials attached to the control cabin. In the picture below, the shunting controller is giving instructions by the ultra-short-wave telephone. 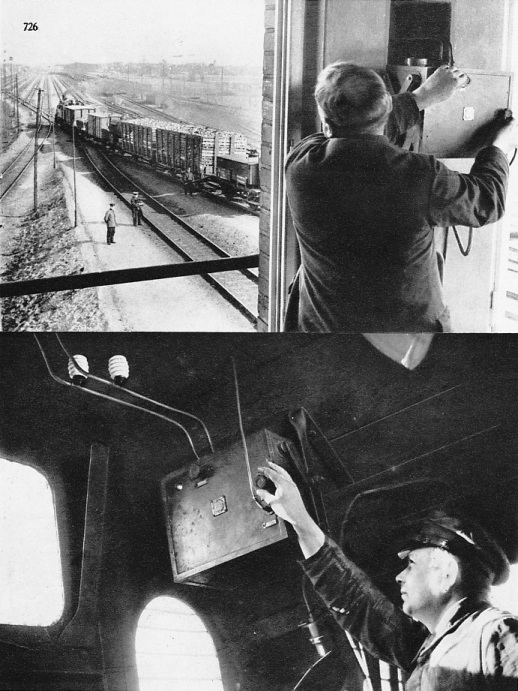 THE TRANSMITTING SET on the locomotive is completely contained in the small box shown in the lower picture. The apparatus can be operated by the fireman, who requires little preliminary instruction to make him expert in the handling of the apparatus. The upper photograph shows the wireless installation in the control cabin.

You can read more on “Germany and Holland”, “Some German Achievements”, and

“Speed Trains of Europe” in Railway Wonders of the World 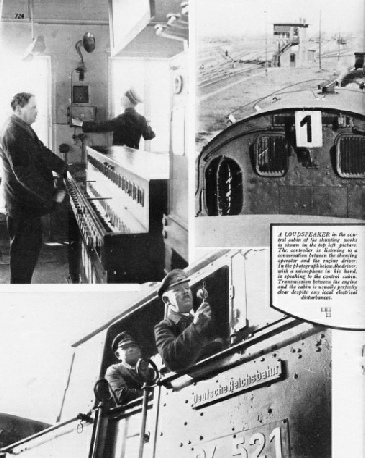 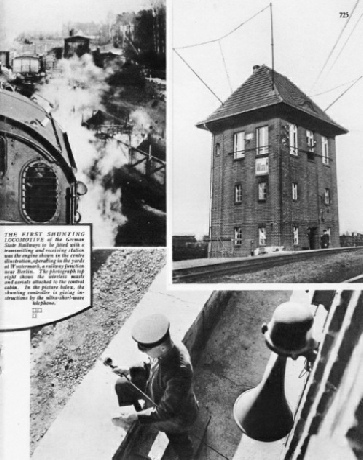