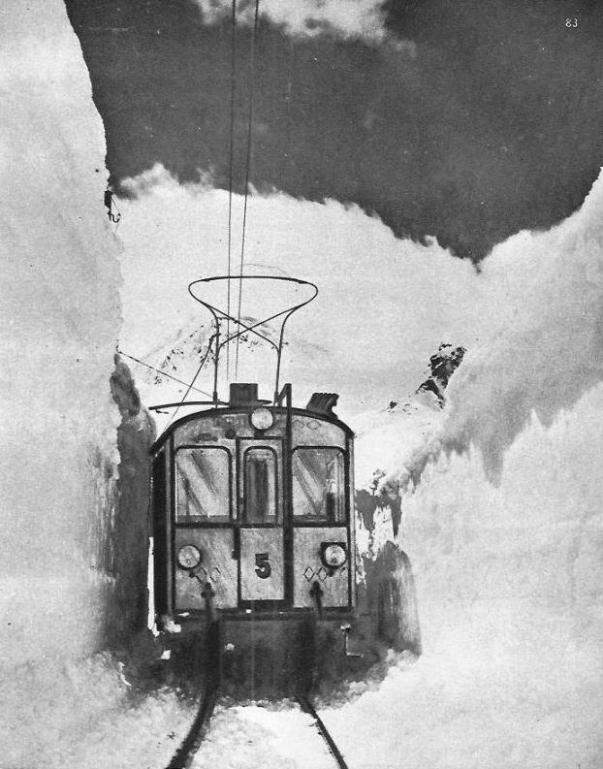 WALLED IN BY SNOW. This electric train of the Swiss Federal Railways is able to travel on its Alpine journey only after a way has been cleared for it through the heavy drifts. Without the assistance of a specially designed rotary steam plough, which lifts the snow from the track and throws it clear of the line, it would be impossible to proceed, since to push the snow aside, as is done by the simpler forms of snow-plough, is impracticable. 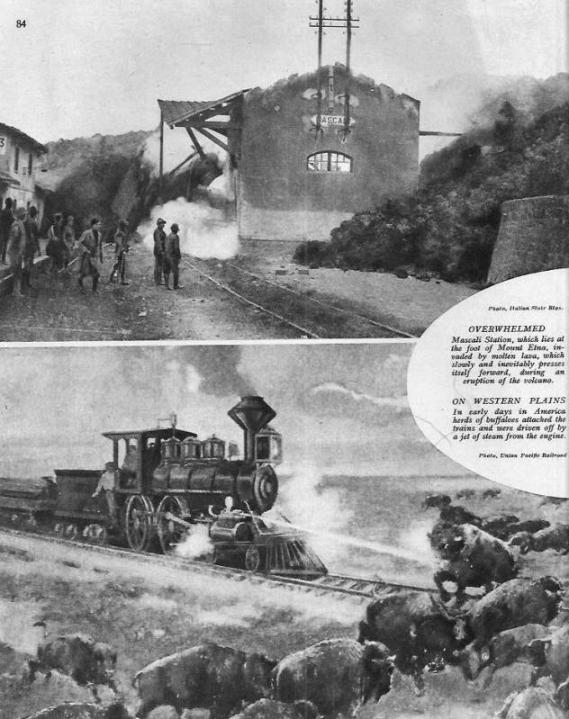 OVERWHELMED. Mascali Station, which lies at the foot of Mount Etna, invaded by molten lava, which slowly and inevitably presses itself forward, during an eruption of the volcano.

ON WESTERN PLAINS. In early days in America herds of buffaloes attacked the trains and were driven off by a jet of steam from the engine. 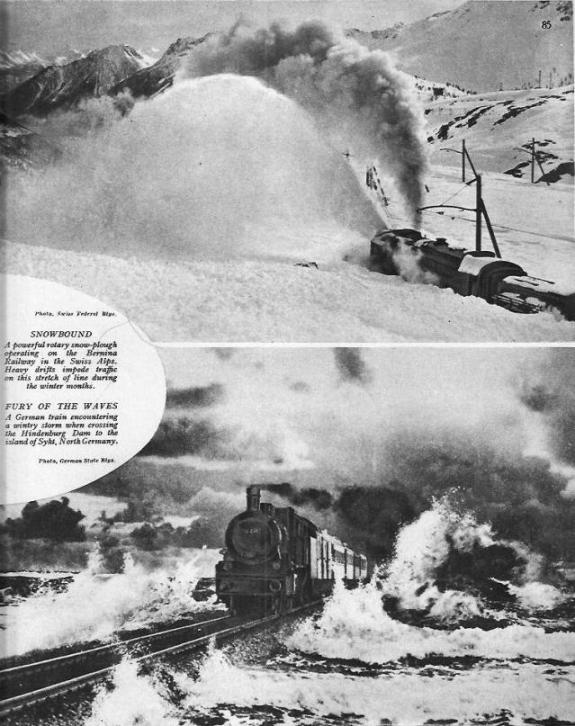 SNOWBOUND. A powerful rotary snow-plough operating on the Bernina Railway in the Swiss Alps. Heavy drifts impede traffic on this stretch of line during the winter months.

FURY OF THE WAVES. A German train encountering a wintry storm when crossing the Hindenburg Dam to the island of Sylt, North Germany. 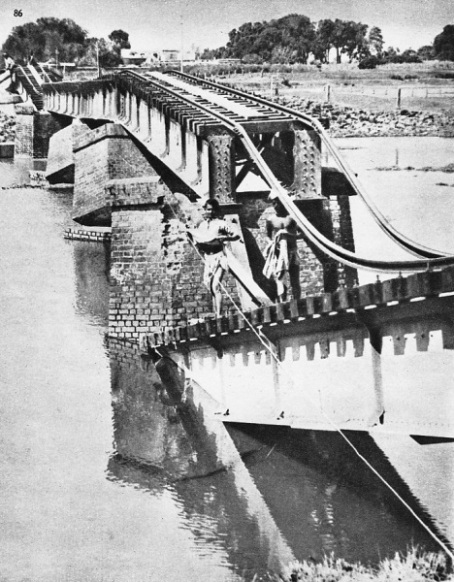 EARTHQUAKE. One of the devastating upheavals that completely disorganize railway work over vast areas is the earthquake, which destroys in a few moments the patient work of years. This picture graphically illustrates the destruction of a railway bridge near Sitamarhi in India, during the great earthquake of 1934. Note how the bridge piers have been toppled over, allowing the girders to drop into the river, tearing away the rails from the sleepers and leaving them festooned in mid-air.

You can read more on “Clearing the Line”, “Floods, Fire and Earthquake” and “The Track’s Heavy Artillery” on this website.